The Women's Business Forum meets the second Wednesday of each month. Luncheons are for members only, however each quarter guests are invited to attend a guest luncheon. Luncheons are held at the Champions Golf Club, 13722 Champions Drive, Houston, TX 77069. Congratulations, Nicole!  We had fun celebrating with you at
the Federation of Houston Professional Women Awards Gala, held Saturday, September 17, 2022.  We are honored to have you as our 2022 Woman of Excellence for FHPW! 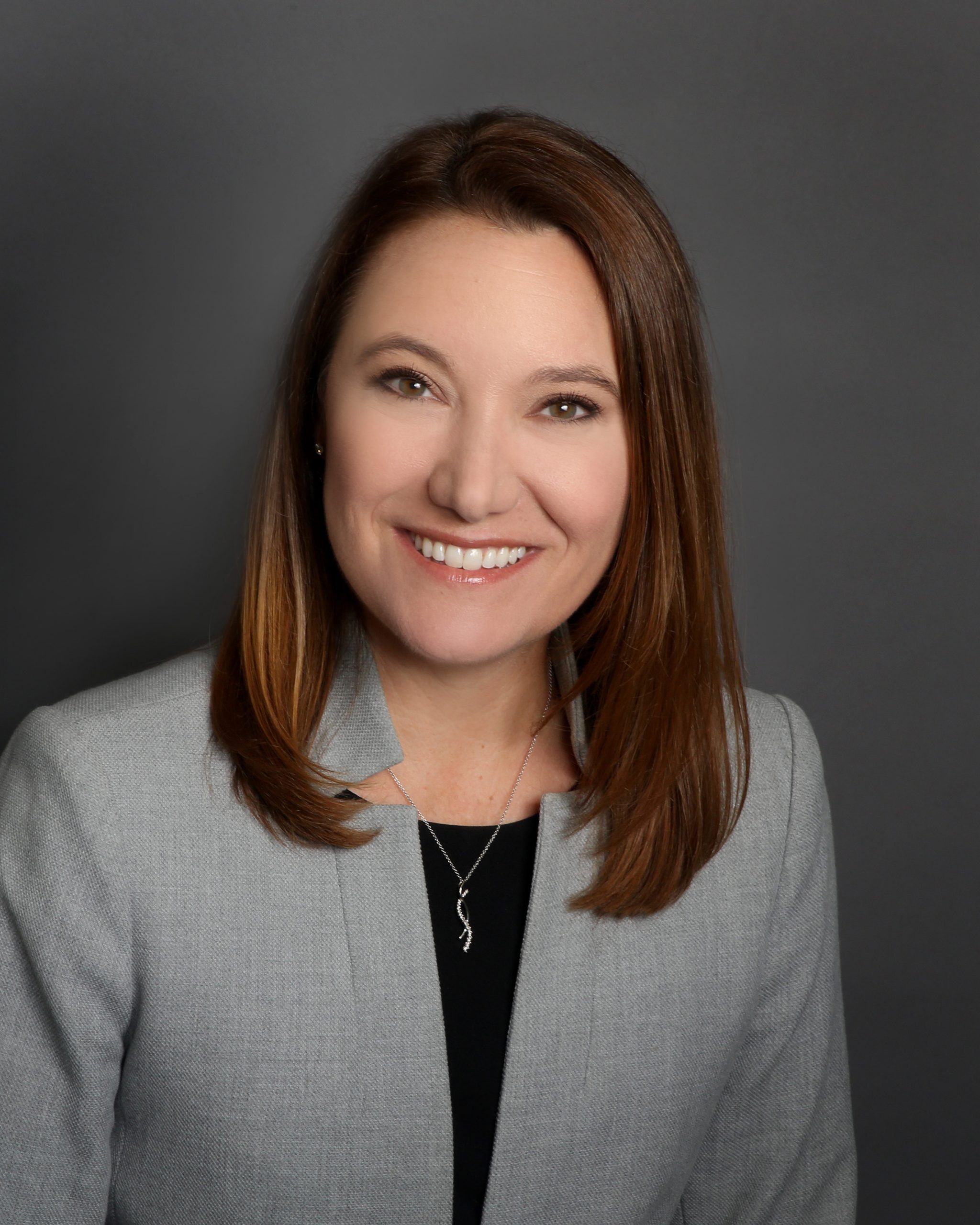 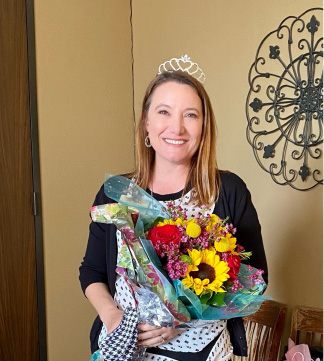 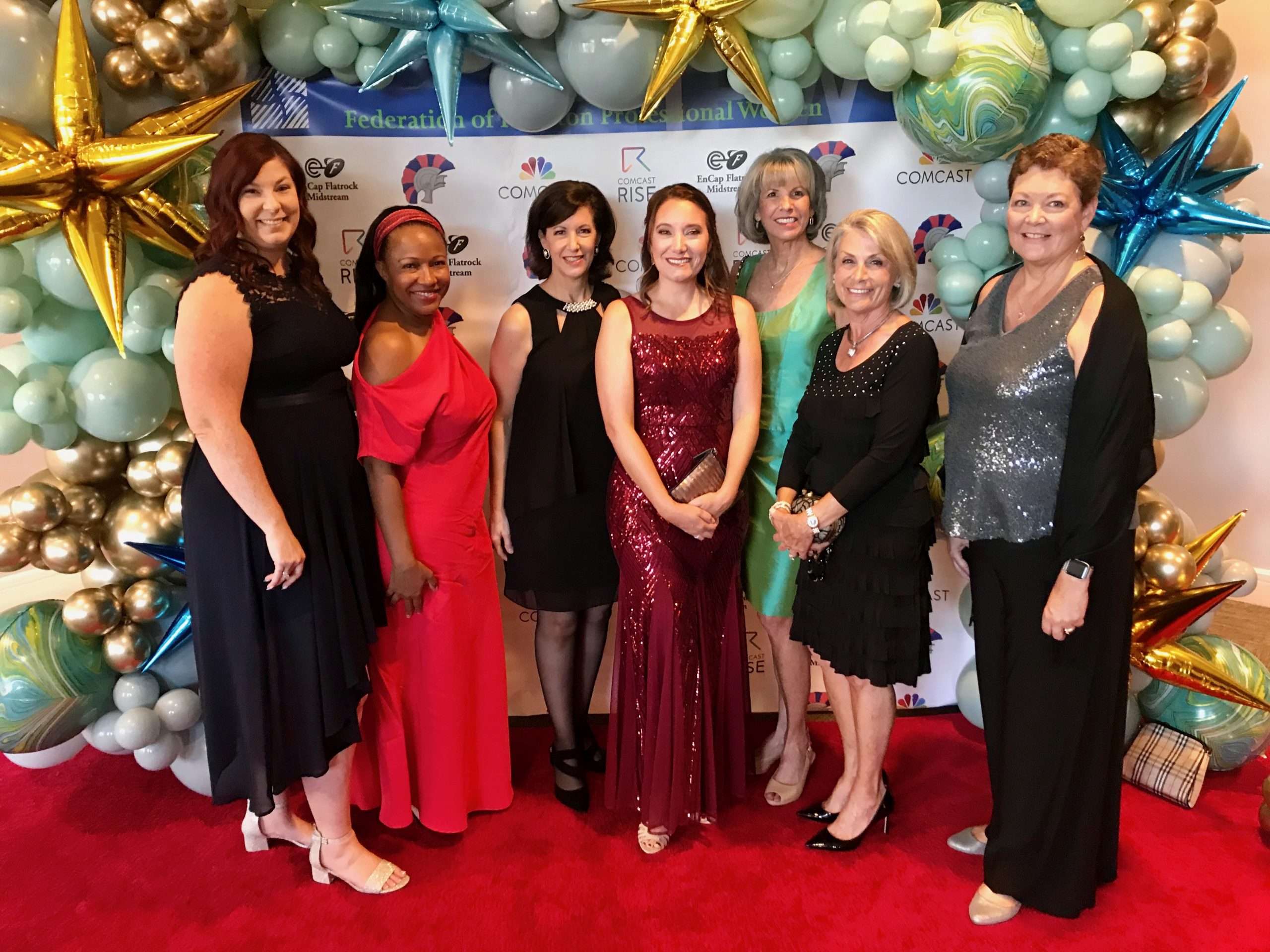 In September, to have some fun and honor Queen Elizabeth's passing, we added hats and pearls for our meeting! 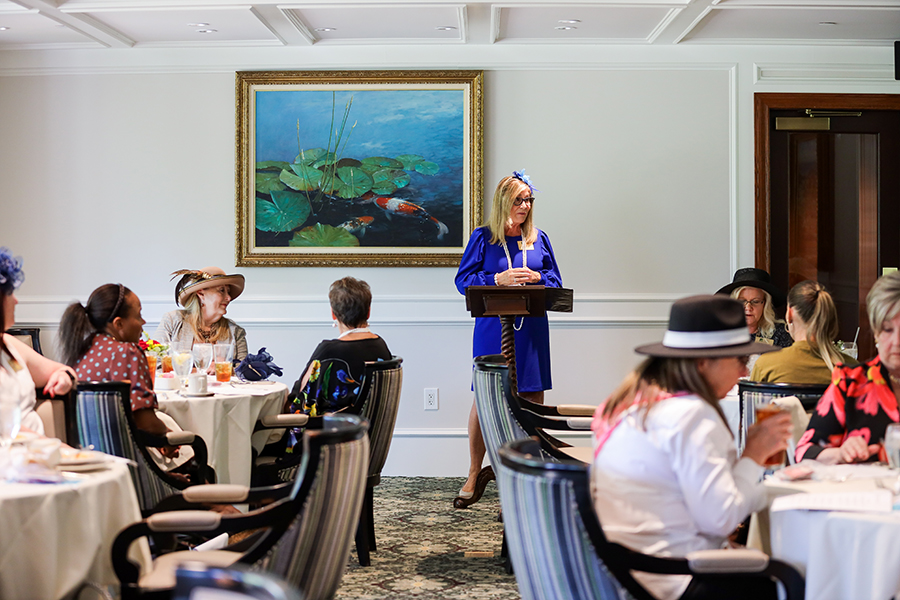 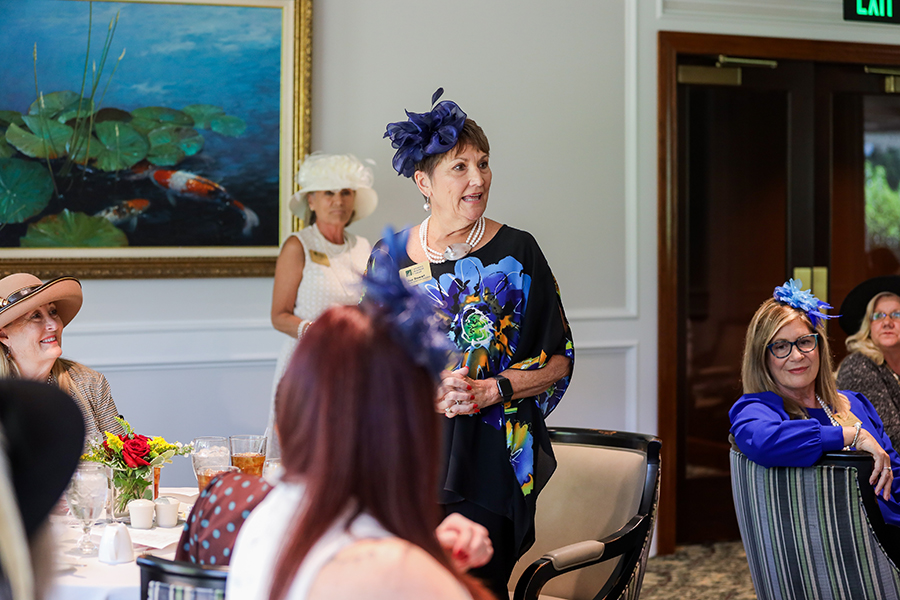 WBF 2022 Scholarship Award Winner Joined Us for Lunch in July

Congratulations to our Endowed Scholarship Winner for 2022.

We were happy to meet and hear from Anairis Ventura, our 2022 Scholarship award winner.  She is in her sophomore year and is going to pursue a business degree.  Anairis hopes to own her own business some day!  Congratulations and continued success Anairis! Pictured is Anairis (L), Pres. Elect Lee Ann Kroon presenting a check to Nicole Robinson-Gauthier for the Lone Star College Foundation, where the WBF Endowed scholarship is established. Congratulations to Dr. Tamyra Comeaux, who was chosen as the WBF 2021 Woman of Excellence!  We look forward to celebrating you at the FHPW Ruby Jubilee Gala on September 18, 2021! On September 21st we honored our 2019 Woman of Excellence, Brenda Pennington at the FHPW Awards Gala.  It was a fun
evening.  Congratulations, Brenda! The Women's Business Forum donated to the Federation of Houston Professional Women's Educational Foundation, which will be used to fund scholarships for women attending college in Texas.  EF Board Member Wendy Bowser accepted the donation from WBF. Congratulations to our 2018 “Woman of Excellence” Andrea Garrity!! Pictured here with this past year “Woman of Excellence” Annette Muti, Andrea was named our WOE at the April luncheon.  We look forward to celebrating with Andrea at the September 15th, 2018 Awards Gala, hosted by the Federation of Houston Professional Women (FHPW).  For more information see FHPW.org. 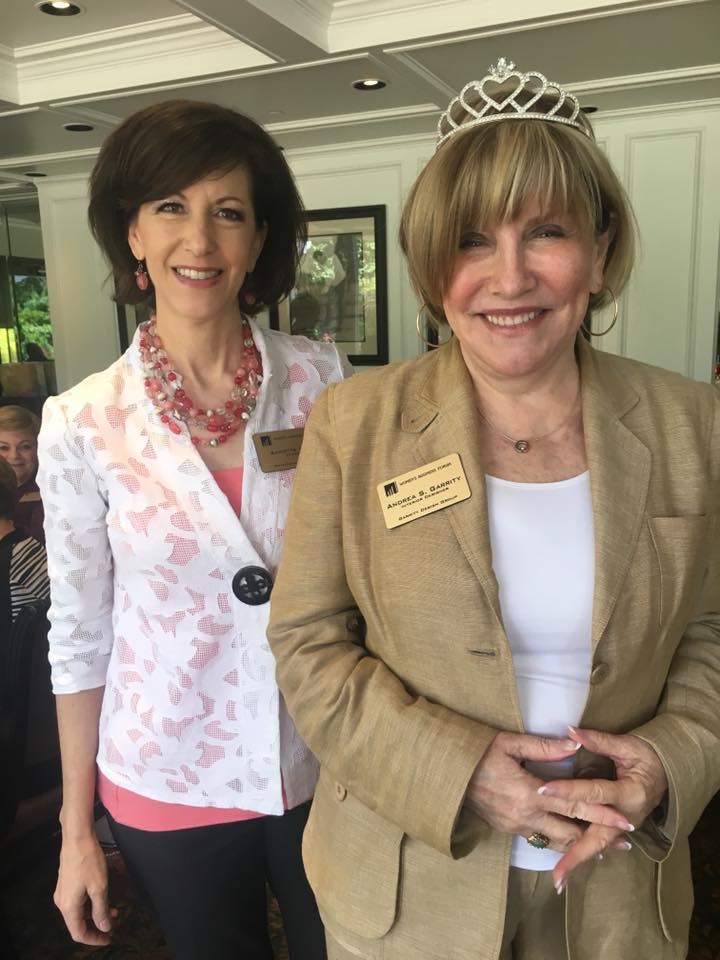 Women of Excellence Gala - We enjoyed celebrating with and honoring our 2017 Woman of Excellence Annetti Muti at the Gala on Saturday, Sept. 16th.  Congratulations Annette! During our May luncheon we celebrated our Lone Star College Scholarship recipient, Lea Cervantes! Pictured here with Lea is our current WBF President Andrea Garrity and the Executive Director of Lone Star College Foundation, Nicole Robinson-Gauthier.

Congratulations to our 2017 Woman of Excellence, Annette Muti! We look forward to celebrating and honoring you at the 2017 Women of Excellence Awards Gala on September 16, 2017, hosted by the Federation of Houston Professional Women. 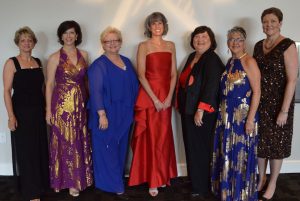 Women's Business Forum members enjoyed a great night out at the 2016 FHPW Women of Excellence Awards Gala on Saturday, September 17th.  We were pleased to honor our 2016 Woman of Excellence, Linda Hampton!  Congratulations Linda! The Women's Business Forum is pleased to announce our 2016 Woman of Excellence, Linda Hampton! WBF honored Linda at the 2016 FHPW Women of Excellence Gala on Saturday, September 17th at the Norris Center.  Congratulations Linda!

The 2016-2017 Board of directors was installed in the April regular meeting. Judge Cindy Bennet-Smith installed the new board members. 2015 Hearts in Heels Event - Proceeds from the 2015 event benefited the Girl Scouts of San Jacinto Council, continuing to fund and endowment the WBF started in prior years